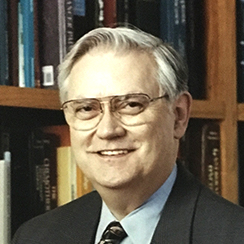 The National Cancer Institute (NCI) Division of Cancer Prevention has recently published a Commemoration of the 50th Anniversary of the National Cancer Act. The NCI, established in 1971 by the National Cancer Act, was signed into law by President Richard Nixon.  This was a big and memorable step in representing our country’s commitment to what was described by President Nixon as the “war on cancer”.  The Act provided additional funding for research and further established the authority of the NCI in cancer research. Dr. Harry Hynes is listed as one of seven individuals in the commemoration, being named a ‘champion of community based oncology’.  His wayward mentality of clinical trials and focus on patient care created a legacy that lives on through the NCI and CCK. 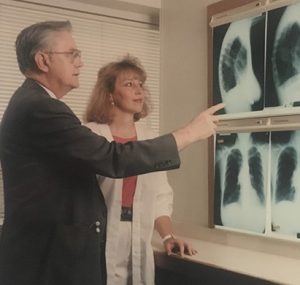 CCK was founded by Dr. Hynes in 1975 CCK as a response to the growing need for patients with cancer to receive quality care and treatment in our state.  The first treatment center was established in Wichita, but as one of the only oncology practices in the state, patients were traveling from near and far to receive the quality cancer care.  Over the years, with his noble mission at the forefront of what we do, CCK has grown to over 20 locations across the state, with 13 physicians and nearly 300 staff members.

CCK is proud of it’s continuing research partnership with the NCI and our organization’s history. 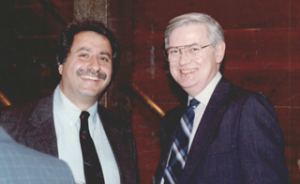 Important Notice Please take note that over the coming weeks, CCK will be transitioning to an updated electronic medical record system in order to better serve our patients. Thank you in advance for your patience and understanding with our team as they manage this change while continuing to care for you.
X